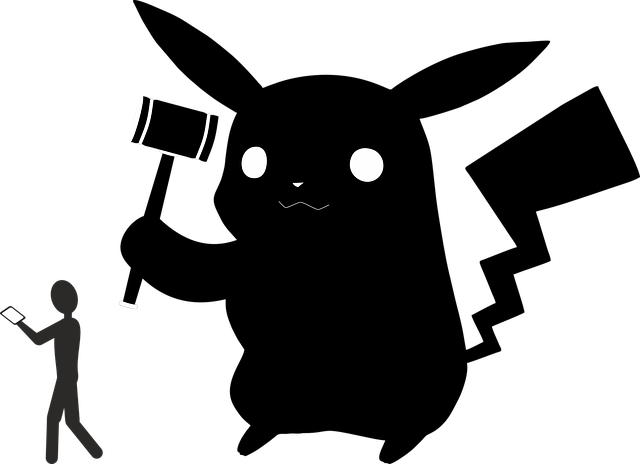 Our relationship with video games has always been lopsided. From the start of the medium’s history, it has been trying to take from us. First our quarters, then our time, and then a twisted combination of the two heightened to greater — and in some cases, extreme — degrees.

This has only gotten worse as games have exploded in popularity and accessibility. For most of gaming history, to play a video game meant going to an arcade or being at home with a console or computer with limited connectivity. There was enough friction in the process to prevent it from overwhelming people.

No longer. Access is 24/7, available on every device you own that has a screen. The number of games is not only much greater than in the past, but many are “free” to play, eliminating barriers to entry. Game companies are hiring psychologists to fine-tune their games in ways that hack your brain to get you to play longer and spend more money, similar to gambling or how the food industry made food more addictive by adding excessive amounts of salt, sugar, and fat to items beyond reasons of taste in order to create dependency.

Have you ever thought to yourself, I want to get better at games, but I don’t want to destroy my life? We’re here to help with a special week dedicated to all things video games and health.

Not to sound depressing, but every time you play a video game you are facing off against an industrial monster equipped with more resources and money than you, trying at every waking moment to take what is yours and add it to its increasingly growing stack, ideally before the next financial quarter results are published.

This being thrown at you on a daily basis can often feel like when your character gets their ass handed to them in a cutscene. Rigged from the start. You had no chance.

While not a fair fight, you versus a billion-dollar industry increasingly built on predation of its customers, it’s not an impossible one. The industry can only take advantage of that which is not well guarded. The better you understand your own emotional impulses and relationship with video games, the less likely you are to succumb. Developing a better understanding of yourself is the key. My hope is this article will help you begin that process for yourself.

For background, I’m a practicing therapist in New York City and a lifelong gamer. I also am one of the creators of the satirical video game site Hard Drive, so I come at this problem with a blend of clinical and personal experience. I love games, even if increasingly games want us to love them a little too much back.

Here is a walkthrough I’d do with one of my patients to examine the relationship they have with video games if brought up as a potential concern in one of our sessions.

First, how do you actually feel while playing video games? This might seem like a stupid question, especially when you are screaming at your team to stay with the payload. However, video games are designed to be as frictionless as possible to remove any slow moments that could spark emotional clarity. This can be good game design (or good manipulation, depending on your point of view) but it’s bad for emotional self-regulation. You need breaks in the action to assess whether you are actually enjoying what you are currently doing.

The easiest way to do that is to keep a simple emotions log and jot down what you are feeling every 15-30 minutes while you play. It can be as short as a single word. Set a timer as a reminder. Do that for a couple of weeks and then review the results, either with yourself or a mental health professional. I feel confident saying you are likely to find patterns, either in the emotional states you tend to have while gaming or by noticing a link between gaming and specific real-life situations. (For example: “I notice that often when I play video games it is because I am sad after having a fight with a significant other.”)

After establishing your emotions, next we want to get to motivations. Why do you play video games? Again, sounds like a dumb question, but one thing you pick up on working as a therapist is how many people do not know why they do the things they do, even if they do them every day! It is one of the “Oh shit!” realizations clients often make first in therapy, finally investigating and understanding why they keep doing a behavior, especially if that behavior generally hurts their quality of life. The amount of time we are on emotional autopilot is staggering.

If I knew then what I know now, I would have realized that the addictive root of World of Warcraft for me was a lack of friends

When I specifically ask about motivations to play games, clients will usually say it’s “because they are fun,” which is true, but as I do with them, I will ask you to go deeper. What makes video games fun for you? Is it cooperation with others to achieve a goal? The appeal of completing a checklist of tasks? Of making your character 1% better? To escape from your reality for a few hours? If you sit down and really think about it, I am sure the surface level feeling of “fun” will evolve into something more specific. That is what we will want to hone in on for deeper exploration.

That is because once you understand the primary driver of your desire to play video games, you can start to work with it. There will probably be an instinct to judge your motivation once discovered. Try to avoid this. These motivations are neither good nor bad. Even one like “escaping reality” isn’t inherently bad; it only becomes bad when it turns into avoidance. Getting pleasure from 100%-ing a region of the game map isn’t a problem; it only becomes one when you do it out of compulsion and not fun. The goal is to develop a relationship with the motivation instead of running from or fighting it.

Since I also hail from the world of comedy, in deference to the “rule of threes,” here is a third and final step to take. Ask yourself if you are playing video games as a way to compensate for a lack of something else in your life. Tying this into the previous section, if your motivation to play games is to connect and work with others, are you noticing that the vast majority of your socialization is through video games? There is nothing wrong with having online friends or even having some of them being significant parts of your life, but we all need real-life connections. That doesn’t mean rejecting your online friendships, but looking at whether developing a healthier IRL social life causes you to naturally play video games less than you once did. Addressing the lack thereof will make it easier to scale back a problem behavior than just trying to stop it cold turkey.

If you are indulging too much in any activity, it is likely because it serves a maladaptive purpose for you. You play for 10 hours a day because it’s the only place in your life where you get a sense of accomplishment, where you connect with others, where you matter, etc. Until you address those underlying issues, you will keep turning to the activity that at least gives you a semblance of what you want.

This isn’t just coming from a clinical angle. I have my own history with video game obsession. When I was in high school, I was a lonely kid with very few friends, and so World of Warcraft became my social life. Frequently I’d just hop around Orgrimmar (Mannoroth Horde!) mindlessly as I chatted with my guildmates via Ventrilo for hours at a time. Without them, I had no friends.

If I knew then what I know now, I would have realized that the addictive root of World of Warcraft for me was a lack of friends. I could have then worked to discover what was preventing me from making friends in “real life” and struck a better balance between my online social life and my in-person one. There was a healthy relationship to be found there between myself and the game, one where I recognized what it was that was pulling me so deeply into the game and made sure to shore up the lack thereof I felt in my real life.

It is too late for that 16-year-old. My relationship with gaming is much better now, but time’s march means I can’t recoup that community I lost. Understanding your own emotions and motivations is the only way to ensure you are playing the game instead of the game playing you.